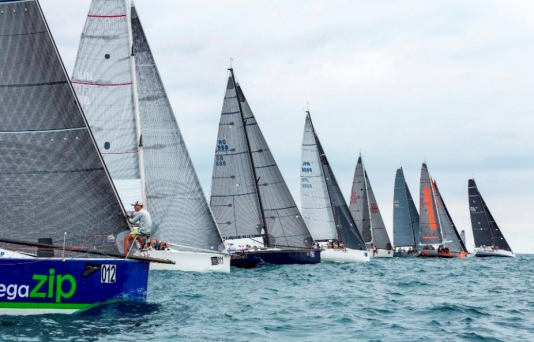 Phuket, 7 December, 2016– If sailors were spoilt for the last two days with utterly perfect sailing, day three’s weather reminded that conditions in the Andaman can play havoc with the best laid plans. Winds were so light that racing didn’t really begin until the afternoon, and even then opportunities for an open run up to the mark or back downwind were scant.

Australian team Judy led by April Jorgensen were first across the (shortened) finish line, winning on corrected times in IRC2. Thai boat Angel skippered by Sarawut Janthong won by under a minute at the finish in Multihull Cruising. Brian Smith’s Jing Jing took the Open Charter (only one race today for several classes due to extremely light conditions, again on shortened courses), while Russian Andrey Novikov on Alexa was victorious in Bareboat Charter (split into the faster “A” category for this year).

Supakit Duangngern skippering a Thai team on Sea Hub (Tong Fah) won today ahead of Chinese, Russian and Australian competitors in Cruising class. It was a great day for Thai sailing all round, with Royal Thai Navy 1 skippered by Wiwat Poonpat achieving two victories in the Platu One Design class.

Seahub’s Supakit said, “This is the second Phuket King’s Cup Regatta for the Seahub team racing our Sunlight 30, a small boat which he plan to buy and continue to race. We’re a team of seven Thais; we’ve sailed together before but not really in a formal training kind of way. Racing today didn’t get underway until the afternoon on a shortened course - after taking a swim to take the heat off! We’re confident for Friday and expect to win again as the forecast is for light wind and we go well in light conditions. We’re six points away from winning the King’s Cup so we think we can do it! Our team consists of Two Thai national competitors, and we’re actually based in Samui. Today has been wonderful, and has really shown how great sailing is right now for Thai teams. A great day for Thailand.”

The larger grand prix boats did eventually put in two races. Nick Burns and Mandrake III recorded another win today in IRC1, while Kevin Whitcraft and his THA72 team won twice more over rivals Team Hollywood skippered by Ray Roberts. These two teams are the only two entries in IRC0 this year due to three of five entrants dropping out prior to the event. Baby Tonga, a Chinese-registered entry by the Eastfan Sailing Club (Ningbo) won in Premier class.

A frustrating morning for sailors, but some beautiful weather for representatives of sponsors who enjoyed the sunshine and a chance to relax on the sponsors’ boat, a 90-foot luxury motor cruiser. Refreshments were provided by Haad Thip, distributor for Coca Cola products in Thailand and an ongoing sponsor of the Phuket King’s Cup Regatta. Athitaya Benjakul, Wholesale Deputy Manager, spoke of the company’s support for the regatta: “This event is exactly the sort of highly visible attraction that provides excellent leverage for Coca Cola and other brands distributed by Haad Thip. We’re happy to continue to sponsor the regatta as it’s highly attractive to international markets beyond the shores of Thailand. We’re delighted to once again be involved in the success of the King’s Cup.”

The race also enjoys superb strategic support from governmental agencies in Thailand and stakeholder organizations. Tourism Authority of Thailand (TAT) sees this event as a huge opportunity and recognizes its contribution to inbound visitor numbers. Supranee Pongpat, Executive Director for Advertising and Public Relations said, “Thailand has enjoyed 5% year-on-year growth in arrivals, and this year is set to be one of the best ever. The regatta is a crucial event in promoting beautiful Thailand and Phuket Island to the world. It helps the economy in the tourism sector and develops the local economy also. We recognize how important the Regatta is in involving the youth in the Dinghy Series which is a market that supports the next generation of sports tourism and luxury tourism in Thailand. We’re working on things like making immigration processes simpler for arrivals by sea, and other things that will consolidate Thailand’s position as the number one global tourism destination.”

TCEB, the Thailand Convention and Exhibition Bureau, also serves as a strategic partner. Puripan Bunnag, Director of MICE Department, says, “On behalf of the President of TCEB, we are pleased to support international events occurring in Thailand. The Phuket King’s Cup Regatta 30th Anniversary is a highly international event, heavily involved with international level corporate and local sales. There are sailors and support teams coming into Phuket from over forty countries. Phuket is one of five MICE cities in Thailand so we work with TAT and the Phuket administration to achieve the promotion of Phuket which has many aspects as a great MICE destination. It is also home to PIMEX and Thailand Yacht Show 2016. Also, we receive large incentive groups, and so we need to build infrastructure, more hospitality destinations to house MICE events. Marine tourism is a key policy of ours and so we are closely involved with businesses coming into Phuket. We strive for Phuket to become a leading MICE destination in the region. The King’s Cup supports our strategy in the same way as our sponsorship mutually supports the regatta.”

The 2016 Phuket King’s Cup Regatta competitive classes include Keelboats and Multihulls and International Dinghy Classes. All participants, local and international sailors and organizers joined in 89 seconds of silenceto mourn the passing of HM the late King Bhumibol Adulyadej at the opening event. There will also be the “Sail Pass” ceremony off Kata Bay in honor of His Majesty King Maha Vajiralongkorn Bodindradebayavarangkun. 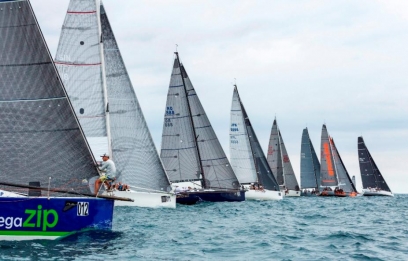