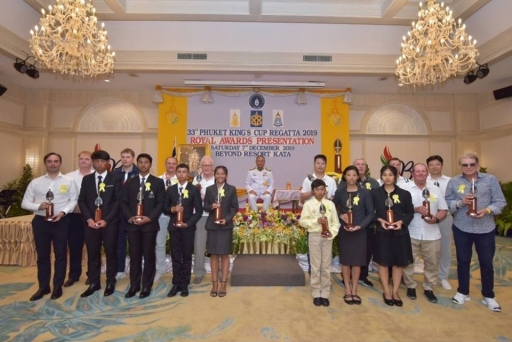 Congratulations to all winners and thank you all sailors, team crew, participants, supporters, sponsors and media who join the 33rd Phuket King's Cup Regatta.

See you again next year.

See the updated overall race report as below.

Despite some serious competition from Thailand’s former world Optimist champion and two-time Asian Games gold medalist Noppakao Poonpaton, who was at the helm of the Thai-registered boat THA 72, Roberts and his crew finished the regatta in overall first place. THA 72 finished a close second with six second place finishes from the eight races contested.

The Hong Kong-registered boat WindSikher of Sarab Singh and Nick Burns finished third overall, despite not starting in the final race, which was held in strong winds.

Russia’s Alexey Mashkin steered MegaZip to first place overall in the IRC 1 class after three wins from eight races. Hot on his heels were two Japanese skippers, with Kazuki Kihara on Char Chan in second place and Nanamori Yasuo on Emagine in third.

Proving that size doesn’t matter was Danish sailor Morten Jakobsen, who steered his small boat Over Here to victory in the IRC 2 class. Jakobsen was at the helm of the smallest boat in the class and won four of the eight races contested, just managing to get the better of two Chinese skippers.

Overall honors in the Premier class went to Hong Kong’s Geoff Hill on Antipodes, who won two of the seven races contested. Australian Peter Cremers finished a narrow second overall on Shahtoosh, just pipping Thailand’s Inthinai Yingsiri, who had to settle for third.

In the Bareboat Charter A class, Australian Philip Beatie took the honours on Jing Jing Too, followed by Russia’s Aleksei Brunov on Moonshine and China’s Xu Xingpang on Megan.

Australian Dan Fidock won six of the seven races to finish on top in the Multihull Racing class, with Dan Moore and Nigel Cross on Frankenstein in second place and Hong Kong’s Gaeten Verhegge skippering Team Red Blood into third.

The overall honours in the Multihull Cruising class went to Andre Lee on the Thai-registered boat Klook Star Trek, followed by China’s Zhang Yongdong on Davinci and Australia’s Robert Hossack on Raptor 2001.

The Cruising class of 12 boats, the largest fleet of all, was a close affair with Russia’s Andrey Novoderezhkin finishing first overall on Kata Rocks Sea Escapes, with Singapore’s Andrew Merry on Night Train second. Bringing in third place was China’s Xiongting on Mermaid.

A total of 120 sailors contested six classes of dinghies during the regatta:Optimist Boys and Girls, Laser 4.7 (Mixed), Laser Standard, Laser Radial and 420.

The International Dinghy Fleet races were held close to Kata Beach on Saturday in a bid to avoid the stronger winds further out to sea. The strong winds on Friday had caused some problems for the mostly young dinghy sailors, with the Royal Thai Navy’s inflatable boats as well as some of the boats from the main fleet coming to lend a hand and towing some dinghies to shore.

“For 2019 and in past years, we have had a special focus on growing the dinghy components of our overall regatta, as we in the sailing community in Thailand can feel the positive effect this is having over the years as the sport of sailing continues to grow in popularity here,” said Kevin Whitcraft, President of the Organizing Committee. “The International Dinghyfleet isa fast-growing racing program designed to promote and encourage youth sailing in Thailand.”

There has also been an ongoing Phuket Dinghy Series which concluded on Saturday and that was won by Nammapat Pooltong.

The IOM class for one-meter radio controlled boats, which made their debut at this year’s Phuket King’s Cup Regatta, was won by China’s Gong Qunxing. Total 24 sailors from five nations participated this year.

There was a strong contingent of Thai sailors contesting the the IOM class, which is growing rapidly all over the world. Many of the radio-sailors have no experience on full-size boats, but are experts at the controls of the one-meter variety.

His Excellency Air Chief Marshal Chalit Pukbhasuk, a personal representative of His Majesty the King of Thailand, presided over the Royal Awards Ceremony and presented the trophies to the winners on Saturday afternoon. 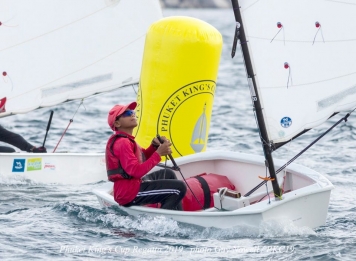 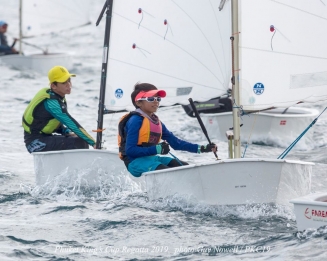 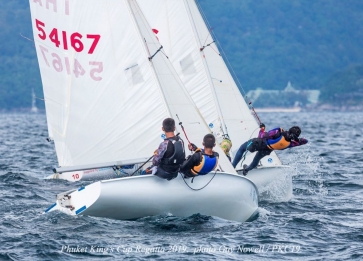 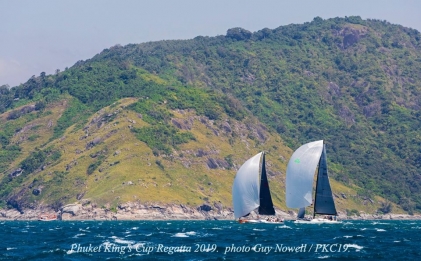 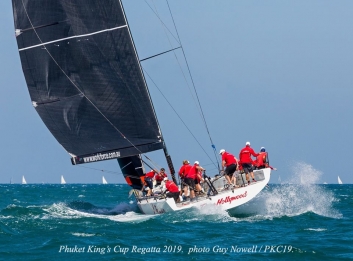 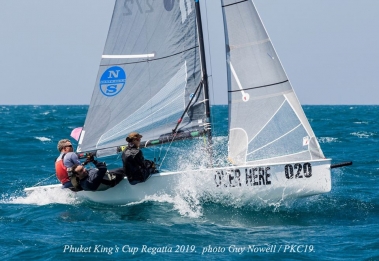 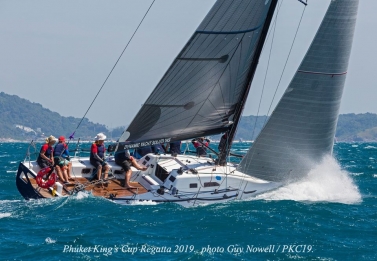 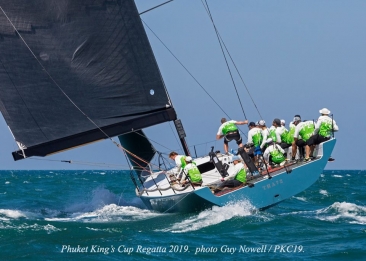