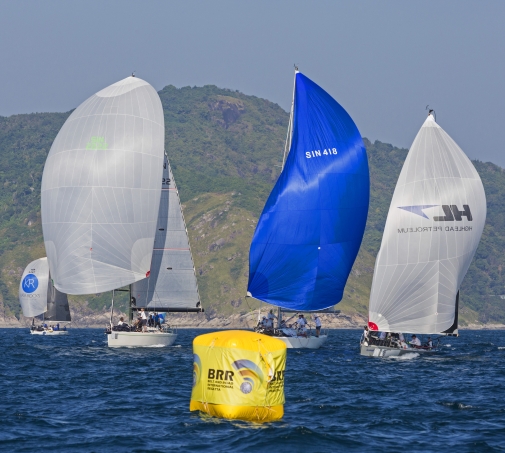 6 December 2019, Phuket– The 33rd Phuket King’s Cup Regatta has welcomed the newly launched Belt and Road International Regatta from Guangxi Zhuang Autonomous Region, People’s Republic of China as a strategic partner with the aim of further developing the sport of sailing in Asia.

Regatta officials and sailors from China have been working with the organizers of the Phuket King’s Cup Regatta (PKCR) to help prepare for the new Belt and Road International Regatta, which will start on China’s southwest coast later this month.

The first Belt and Road International Regatta, hosted by the China Yachting Association, the Administration of Sports of Guangxi Zhuang Autonomous Region and the People’s Government of Beihai City, Guangxi, and promoted by Beijing Mitime Sports Industry Investment Co., Ltd, will set sail officially in Beihai on December 13.

It will be the first regatta in China named after the Belt and Road Initiative, China’s global infrastructure project, and will help enhance the friendship and communication between China and Southeast Asian countries via the sport of sailing.

Lu Yiwen, the Deputy Director, Administration of Sports of Guangxi Zhuang Autonomous Region, said: “By launching the Belt and Road International Regatta, Guangxi is building a bridge between China and countries along the ‘Belt and Road’, for exchanges not only involving sport, but also culture, education, tourism, the economy and much more.”

Kevin Whitcraft, President of the 33rd Phuket King’s Cup Regatta organizing committee, said he was pleased to welcome Belt and Road International Regatta and Chinese sailors to see the sport of sailing grow in the region. The sport embodies friendship and good relations in the region.

Ye Jianhua, the General Manager of Beijing Mitime Sports Industry Investment Co., Ltd., said: "We are looking forward to a long-term partnership with PKCR. As a sports promoter, Mitime Sports would like to work with the management of PKCR on not only the King’s Cup, but also on more sailing events between China and Thailand. With the Belt and Road International Regatta, we are also planning an offshore race starting from Beihai in the future. Phuket will be one of the most important stops. We also hope the PKCR could join us as an independent leg. Of course, we welcome teams from Thailand to join in this exciting journey.”