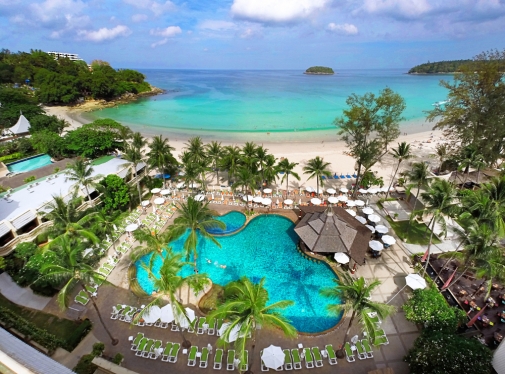 Phuket–One of the standout international sporting events in the South-east Asia region, the Phuket King’s Cup Regatta Under Royal Patronage prepares to set sail again, swelling Phuket visitor numbers and making a contribution to overall Thai tourism performance. The classic race is pleased to announce that Kata Group Resorts Thailand will continue its longstanding role as Host Sponsor for the 17th year for this, the 29th competition. The Phuket King’s Cup Regatta 2015 will be held at Kata Beach Resort and Spa from 5th December to 12th December, and will host international racing classes across which around 150 boats and 1500 sailors will compete for one of sailing’s most prestigious trophies.

Pramookpisitt Achariyachai, President of Kata Group Resorts Thailand, said, “We are proud to continue to support the Phuket King’s Cup Regatta for the last 17 years as it is one of the most internationally significant regattas in the world of yachting. This event is a great opportunity to support Phuket's policy to make this province a 'World Sports Paradise' through which it attempts to attract notable sporting events such as golf, tennis and beach volleyball. Also, it gives us the opportunity to present our Kata Group brand to a worldwide audience via a superb sponsorship platform.”

Kevin Whitcraft, President of Phuket King’s Cup Regatta Organizing Committee, said, “On behalf on the Phuket King’s Cup Regatta Organizing Committee, we are delighted that Kata Group has decided to continue its sponsorship into its 17 consecutive year. Kata Group has an exceptional reputation for supporting tourism in Phuket, and has made a massive and ongoing contribution to Phuket becoming one of Asia’s leading sporting destinations. We’re pleased that Kata Group is so readily able to realise the benefits of association brought about through sponsorship of Asia’s classic yacht race.”

Consisting of five days of racing on challenging, scenic courses held amidst the beautiful Andaman Sea islands, the Phuket King’s Cup Regatta brings some of the world’s fastest independent racing teams, in addition to its famed beachside party series.

The Regatta offers sponsorship/media engagement opportunities and premier networking opportunities hosted at the party venues each night following the day’s racing. The regatta also supports tourism in Phuket and Thailand as a whole with an expected economic contribution of around 300 million Baht.