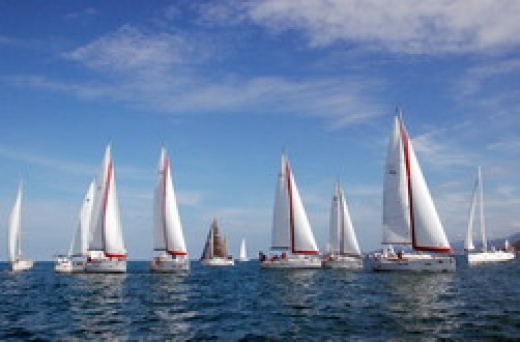 By AsianYachting MultiMedia
8th December 2017: As the troublesome low pressure system closes on the Indian coast, it's all change in its wake. The heavy storm deluge overnight in Phuket, heralded the arrival of the true North East monsoon trade wind. Clear blue sky, with 6 knots at start time, increased to 14 by the end of racing and provided a great day of racing. All the Cruising classes embarked on a Southern island race, while the racers concentrated on windward/ leeward races to break the deadlock and set out their stalls, before tomorrows final showdown. The lighter conditions produced a few upsets and some changes in the order, that suited heavy weather sailors earlier in the week. Capture some of the action in the AY Photo Gallery

Going left instead of right and a few tactical mistakes, is all it took for Kevin Whitcraft's TP52 THA 72 to ruin their perfect score line, ending up with 3, 1, 2 but still leading the IRC 0 by 9 points and go on to defend the title with one day to spare. Ray Roberts TP52 Team Hollywood and Sarab Singh's Welbourn 52 Windsikher II shared the wins and traded places to remain in 2nd overall and climb back into 3rd overall respectively. Not being able to convert to podium places, Phillip Turner's Reichel/Pugh 66 Alive skippered by Duncan Hine look good at the front of the fleet but are reduced to 4th overall.

A match racing grudge race is developing in the IRC 1 class, between Fred Kinmonth / Nick Burns Sydney GTS 43 Otonomos Mandrake III and Mati Sepp's chartered Swan 42 Club Loco. While this is going on, the Japanese on Yasuo Nanamori's Beneteau 40.7 Karasu and Aussie's David Fuller's chartered Beneteau 44.7 Fujin slipped through to win the races and put themselves back into contention. Over the years, their light weather performance, has made their IRC ratings the most scrutinized yachts in the fleet. Two 3rd places and 2nd for Yan Yuye's A 40 RC Shenzhen Seawolf advances them into 5th overall. A protest between the dueling leaders, Otonomos Mandrake III and Loco, resulted in Loco being disqualified but still hold onto 2nd overall by a slim one point margin, over 3rd placed Karasua, who are making a comeback from the brink of disaster.

Two windward/leeward races for the Premier Cruising class is a change from racing around the islands and was supposed to sort out the order. Thailand's Ithinai Yingsiri's X55 Pine-Pacific struck gold first, but as Geoff Hill's Smith 72 Antipodes claimed the daily double in the second race, they still hold a one point advantage in the overall stakes and all revolves around the outcome tomorrow. Third place for former Whitbread racer Gijs van Liebergen's King's Legend secures 3rd overall from Fabio Becattini's A80 Apsaras. Paul Blakeley's Swan 90 Spirit managed to haul themselves around the course, to finish both races in 5th place.

Having reclaimed top spot in the Firefly 850 Sport class, John Newnham's Twin Sharks went on to add two more wins to their tally and are looking good to defend the title. A very sporting gesture for Twin Sharks crew member to stand aside and be replaced by Ray Waldron from the terminally damaged Surf Patrol taking his place. Hans Rahmann's Voodoo claimed a race win to secure 2nd overall but Japan's Natsuki Motoyoshi's Mil Grace / Frog could be in with a chance to topple them, if they are back on form.

Only two Pulse 600 One Design trimaran's made it back on the race course today. Andy Pape's Multihull Solutions H30 scored two wins and a 2nd place to break the tie and take a one point lead in the overall stakes. Two second places and one race win for Mick Tilden's Pixalux /Java leaves them in 2nd overall and still in with a chance at overall victory, if they play their cards right.

Second place in the first race for Henry Kaye's Seacart 30 Thor, is their only blip in the perfect score line, but two more wins secures the Multihull Racing title with one day to spare. Glywn Rowlands Stealth 12.1 Twister 2 caused the blip but retiring and not competing in the first 5 races is their downfall. Mixed results down the order, keeps Mick Coleman's Stealth 11.8 Asia Catamarans Java in 2nd overall and Bob Garner's Daim 24 Blade Runner IX in 3rd

Victory for Andrey Novikov's Oceanis 40 Alexa, in the Bareboat Charter class, advances them into 4th overall. Second place for Vladimir Oleynikov's Sun Odyssey 409 Ratana slots them in 3rd overall and substantially closes the gap with Yury Kharazyan's Bavaria 45 Tonicola 2, in 2nd place. Fourth place for the Russian's on Igor Ginzburg's Sun Odyssey 409 Phailin, keeps them in the overall lead by 5 points but anything can happen in the 14 strong class.

Jan Willem Doeksen's ketch rigged Tartan 48 Emerald Blue enjoys passage races in fresh conditions and hammered home the Modern Classic class daily double, with delight but remain in 3rd overall. Second place for Toshiyuki Kawaguchi's Aussie Girl (Sariya) is an improvement but comes to late in proceedings to make a difference. Third place for Andrey Novoderezhkin's Bavaria 39 Sea Escapes keeps them in 2nd overall and 2 points from the lead. Fourth place for the leaders on Xiong Ting's Standfast 40 Mermaid (Mas Allegre) cant rest on their laurels as the others are gearing up to pounce in the final showdown.

There's no stopping Urii Firsov's IOR Farr 43 Uminoko as they post their fifth win in seven races and roar on ahead in the 8 yacht Cruising Class. Second place for Chris Mitchell's Naut 40 Lady Bubbly raises the former champion up into 3rd overall. Fourth place for Bob and Judy Howison's Elan Impression 434 Kinabalu is just enough to hold onto 2nd overall but better watch out for Lady Bubbly as they make last race adjustments and are moving forward in leaps and bounds. 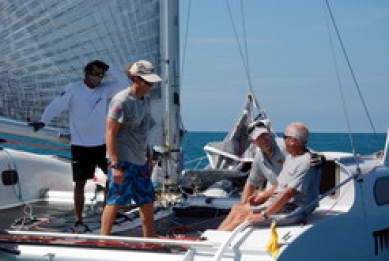 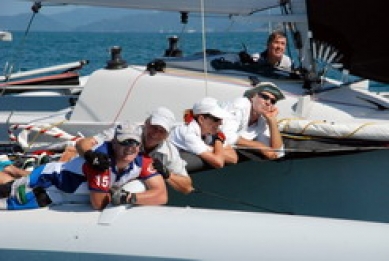 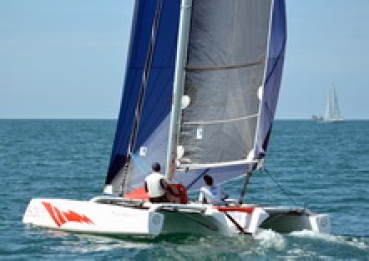 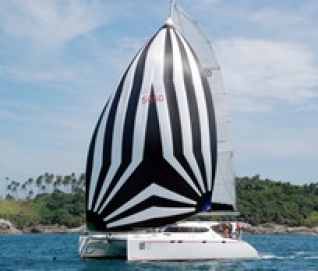 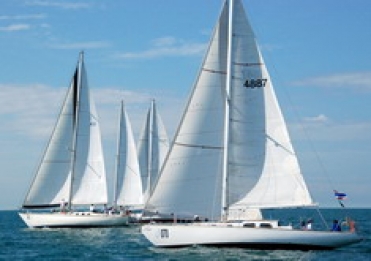 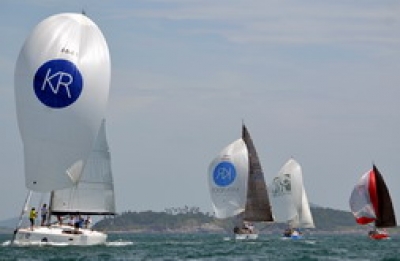 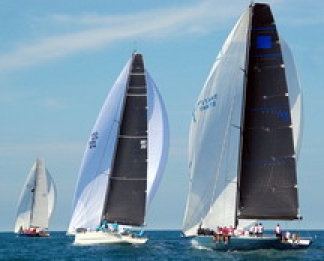 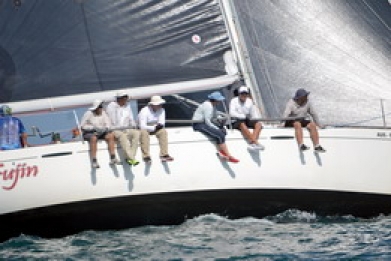 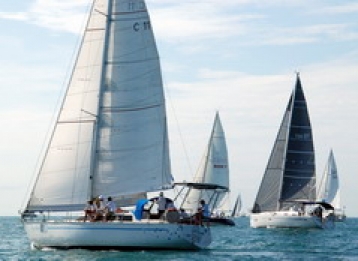 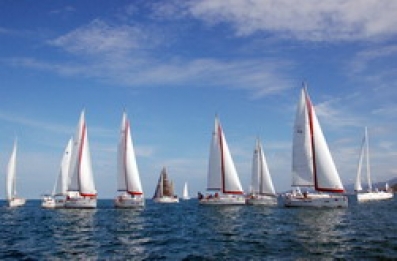