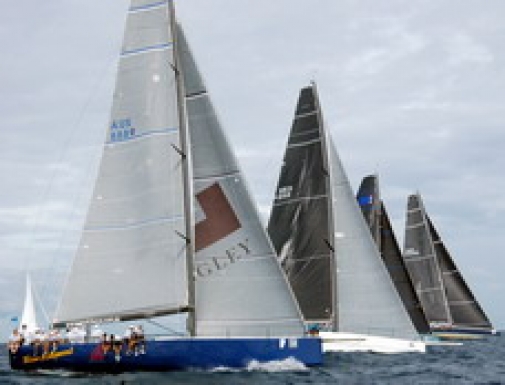 By AsianYachting MultiMedia
4th December 2017: The meandering tropical disturbance that crossed over Northern Sumatra, has reformed as it headed off into the Bay of Bengal and produced a strong East North Easterly flow, with gusts over 20 knots, to provide plenty of excitement and carnage on opening day. The Race Officers on both courses fired of three races for most classes, while the Premier Cruisers completed a passage race around the islands and Multihull Cruising two races. Some breakages and collisions marred the day for some, notably John Newnham's Twin Sharks cleanly slicing off the transom of Ray Waldron's Surf Patrol in the Firefly 850 Sports class, while most crews relished the challenge and quickly got down to work. One little mistake in these conditions and yachts can be severely punished, which shows up in the results.

Despite close quarter racing amongst the four IRC 0 racing class teams, with no one giving an inch away, Kevin Whitcraft's TP52 defending champion THA 72, continued on from where they left off last year, with 3 wins and a perfect start to the regatta. Only a matter of seconds on corrected time, for Ray Roberts TP52 Team Hollywood, produced two 2nd and a 3rd place, to end up in 2nd overall. A couple of fundamental crewing mistakes on Sarab Singh's Welbourn 52 Windsikher II for a 3, 2, 4 score line, finds them in 3rd overall. Covered in a cloud of spray, Phillip Turner's canting keel Reichel/Pugh 66 Alive skippered by Duncan Hine blitzed the course for line honours but unbelievably not far enough in front to claim the handicap stakes and have to settle on 4th overall.

Initially Japan's defending champion Yasuo Nanamori's Beneteau 40.7 Karasu, scored two wins and a 3rd place to top the IRC 1 leader board but were disqualified for an infringement with Yan Yuye's A 40 RC Shenzhen Seawolf, sending them down to 4th overall. Fred Kinmonth/Nick Burns Sydney GTS 43 Otonomos Mandrake III and Mati Sepp's chartered Swan 42 Club Loco came out on fire, to end up tied for 2nd place but advance to share the lead with Karasu's disqualification. Never far from snatching victory, David Fuller's chartered Beneteau 44.7 Fujin, found the going a bit sluggish in the sloppy conditions, to slot into 3rd overall. Three 5th places for Yuye's Shenzhen Seawolf to end up in 5th overall, in the tightly contested nine boat class.

On their return, Geoff Hill's Smith 72 Antipodes struck the right chord in the Premier Cruising class, to claim the daily double on the island race. Defending champion, Thailand's Ithinai Yingsiri's X55 Pine-Pacific had to settle on 2nd place, while former Whitbread racer Gijs van Liebergen's King's Legend enjoys the longer legs, to get wound up for 3rd place. In front of Paul Blakeley's Swan 90 Spirit and Fabio Becattini's A80 Apsaras.

John Newnham's defending champion Twin Sharks, won the first Firefly 850 Sports race by a country mile but came unstuck when they collided with Ray Waldron's Surf Patrol in the second race and both retired with significant damage. Second place for Hans Rahmann's Voodoo followed by two wins, puts them on top of the points table. Japan's Natsuki Motoyoshi's Mil Grace / Frog takes over 2nd overall, as hurried overnight repairs to Twin Sharks bow, should see them back on the race track tomorrow.

By winning the first Pulse 600 One Design race, Neil Ayre's Java Yachting felt quietly confident but parting with the forestay forced them to retire from the days racing. This left Andy Pape's Multihull Solutions H30 and Mick Tilden's Pixalux /Java to fight it out and by trading 1st and 2nd places, end up respectively on the score sheet. Although Liz Schoch's Sudu Yellow trailed in their wake, they squeezed into 3rd overall.

The fresh conditions suit Henry Kaye's Seacart 30 Thor to a tee and by recording three first and fastest's, take the dominating role in the Multihull Racing Class. Three 2nd places for Mick Coleman's Stealth 11.8 Asia Catamarans Java and with Bob Garner's Daim 24 Blade Runner IX following suite with three 3rd places, sets a precedent for the others to follow, if they can.

Mixed results in the Bareboat Charter class has resulted in Russian's Igor Ginzburg's Phailin, Yury Kharazyan's Tonicola 2 and USA's Jim Johnstone's Sailing In each scoring a win, but up and down the order in other races, find them holding the respective podium places, in the 14 strong fleet, at the end of the day.

The Chinese on Xiong Ting's Standfast 40 Mermaid (Mas Allegre) opened with two 1st and one 2nd place and take the overall lead in the Modern Classic class, in the process. With a 2, 2, 1 scoreline, Andrey Novoderezhkin's Bavaria 39 Sea Escapes slots into 2nd overall, while Jan Willem Doeksen's ketch rigged Tartan 48 Emerald Blue fully powered up, is a sight to behold but corrected out in 3rd overall.

Urii Firsov's Uminoko and Bob Howison's Elan Impression 434 Kinabalu have dominated the 8 yacht Cruising Class and ended up tied on 5 points, to share the overall lead. The Aussie's on Tristram Denyer's Bavaria 37 Iseulta sneak into 3rd overall, in front of a hungry chasing pack.

In the Dinghy fleet competition sponsored by GLO, Jedtavee Yongyuennarn was quickest in the Optimist Boys, with Patcharee Sringam fastest of the girls. Keerati Bualong was victorious in Laser Standard, with Patteera Meeyousamen taking the 4.7 Class. Manat Photong achieved success in the Laser Radial while Adisak Kingkaew and Kanchai Wongpaduang won out in the 420’s. The PKC Dinghy Class is proudly supported by the Government Lottery Office, and the organization is pleased to see the level of ability and enthusiasm among young Thai sailors growing year by year. 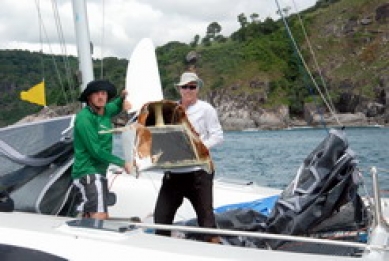 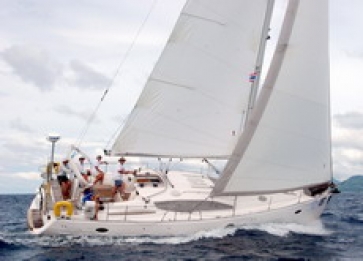 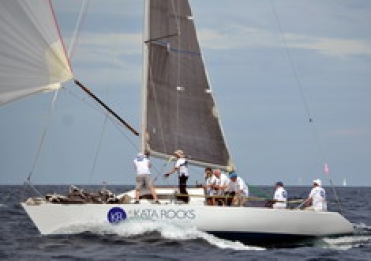 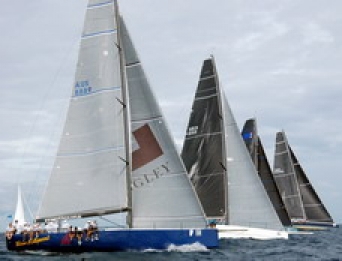