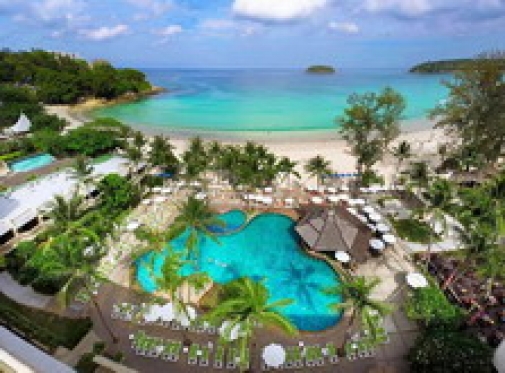 
3rd December 2017: For three decades, Phuket King’s Cup Regatta has been the pinnacle of international regattas in Asia, initially dedicated to HM the late King Bhumibol Adulyadej for his passion and support for the sport of sailing and now in honor of His Majesty King Maha Vajiralongkorn Bodindradebayavarangkun. The longstanding spiritual home of the King’s Cup, Kata Beach Resort and Spa has been re-branded into the stylish Beyond Resort Kata. After winning the 2016 Asia Boating Awards, for the Best Asian Regatta, the emphasis this year, is on growing the sport of youth sailing in Thailand into the future.

Over 80 keel boats and multihull craft, have registered so far and divided into 11 classes. The regatta also encompasses a fast-growing International Dinghy racing program, for Optimist Boy & Girl, Laser 4.7, Laser Radial, Laser Standard and Topper dinghys, designed to promote and encourage youth and Olympic sailing in Thailand. Plus provide sustainable growth to the Thai marine industry, as these young sailors, can expect to go on and become crew on keelboat/multihull racing teams and compete in future years.

Over the last couple of days, a meandering tropical disturbance passed to the South of Phuket and crossed over Northern Sumatra and predicted to reform as it heads into the Bay of Bengal. This will result in drawing down the North East to Easterly trade wind, just in time for Asia's premier regatta. Sailors can expect a week of fast and furious sailing action. Already the air is full of anticipation and wild speculation, on how the racing will unfold.

Four of the best racing yachts in the region, will be going head to head in combat for the IRC 0 title. Phillip Turner's Aussie thoroughbred Reichel/Pugh 66 Alive skippered by Duncan Hine is the biggest and love to stretch their legs on island passage races. They will be taking on two very serious TP52 racing campaigns, in the form of Ray Roberts victorious Team Hollywood and Kevin Whitcraft's all conquering THA 72, aiming to defend the title. After scoring a hat trick of Raja Muda Regatta victories, Sarab Singh's Welbourn 52 Windsikher II return to action and after missing the regatta last year, the Singaporean based crew are more than ever determined to repeat their 2015 performance and reclaim the title.

Before the defending Premier Cruising champion, Thailand's Ithinai Yingsiri's X55 Pine-Pacific can make it four victories in a row, they will have to overcome Fabio Becattini's massive A80 Apsaras and Paul Blakeley's pedigree Swan 90 Spirit. Coming off the back of Raja Muda victory, Geoff Hill's Smith 72 Antipodes crew are all fired up, after missing the regatta for many years and the Malaysian Armed Forces Farr 520 Zuhal skippered by Mohd Masyuri would like to improve on 2nd place last year.

This event is now the sixth point scoring regatta on the annual AsianYachting Grand Prix (AYGP) and gives the early leaders on the Western Circuit, John Newnham's Firefly 850 Twin Sharks, Ray Roberts TP52 Team Hollywood, Niels Degenkolw's X3/4 Ton MK2 Phoenix and Neil Ayre's Pulse 600 Java Racing chances to improve their standings and take over the leader board. Ultimately the skipper and yacht with the highest pointscore at the end of the season, will be crowned the 2017-18 AYGP Skipper and Yacht of the Year. Check out the 2017-18 AYGP Rankings, by clicking on Skipper - Yacht - Regatta and Scoring System.

The bulk of the monohull entries come in the Bareboat (14), Open Charter (3), Modern Classic (7) and Cruising (12) classes. They aren't here just to make up the numbers but seriously contesting the overall class titles and having fun in the tropics, in the process. The Russians have come in force with 10 of the 14 Bareboat entries and Vladimir Oleynikov's First 47.7 Popeye are back to defend the Open Charter title. Former winner Chris Mitchell's Naut 40 Lady Bubbly returns to the Cruising Class and is looking forward to continuing an earlier battle, with Bob and Judy Howison's globe trotting Elan Impression 434 Kinabalu for the title.

Although the international media tend to concentrate on the monohull racing classes, this regatta has the largest Multihull fleet regularly competing in Asia. Phuket is home to several world renown Multihull designers and builders, so it comes as no surprise, that they are fielding 24 racing platforms in the Racing, Cruising and two highly competitive one-design classes.

Three very competitive Stealth designs, Mick Coleman's Stealth 11.8 Asia Catamarans Java, Glywn Rowlands Stealth 12.1 Twister 2 and Kirill Stashevskiy's Galeforce stand out in the 7 boat Multihull Racing Class line up. However they cannot rest on their past laurels, as four very different designs pose a serious threat. Henry Kaye's top performing Seacart 30 Thor missed out by 1/2 a point, in a final race decider last year and plans to make up for it. Dirk Weiblen's KL25 Off-line, Jason Gard's Formula 40 Spirit and Bob Garner's Daim 24 Blade Runner IX have the potential to become the cats amongst the pigeons.

Five entries in the one design Firefly 850 Sports Class, will have to be ready from the beginning, if they are to stand a chance against John Newnham's all conquering and professionally crewed Twin Sharks. Former arch rival Hans Rahmann's Voodoo have settled on second place on recent outings but aim to reclaim some of their former glory. Challenges come from Japan's Natsuki Motoyoshi's Mil Grace / Frog put up a good fight last year and if Ray Waldron can wield the whip on Surf Patrol. Peter Taylor's Swiss team on Ballerina are the latest thrill seeking team making their debut.

After winning Phuket Raceweek back in July, Neil Ayre's Java Yachting stays with the Corsair Pulse 600 One Design class, but as former champion Mick Tilden returns on Pixalux /Java, this years title becomes a bone of contention. Andy Pape's Multihull Solutions H3O and Liz Schoch's Sudu Yellow also have a point to prove, so expect some fireworks.

The growing popularity of cruising catamarans in the region has produced a racing revival in the Cruising Multihull class. Ranging from Grant Horsfield's Fountaine Pajot 67 Arabella.down to Peter Postel's Corsair 31R Zig Zag. Hopefully Kimiya Shimizu has booked the Leopard 444 Pin-On for the entire regatta and make up for last years mistake, going home one day early with victory in their sights.

The regatta is organised by the Phuket King's Cup Regatta Organizing Committee under the auspices of the Royal Varuna Yacht Club, in conjunction with the Yacht Racing Association of Thailand, the Royal Thai Navy and the Province of Phuket. Held each year during the first week of December, the 2017 event is already living up its reputation, as the ultimate showcase for Thailand's seafaring heritage.

The stage is set, registration and skippers briefing completed, last minute sail measurement, new IRC certificates being processed and final class reshuffling completed. First up, it's time for the traditional opening ceremony and welcome party at the Beyond Resort Kata. 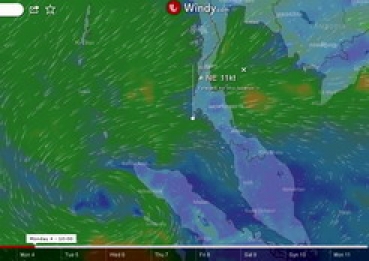 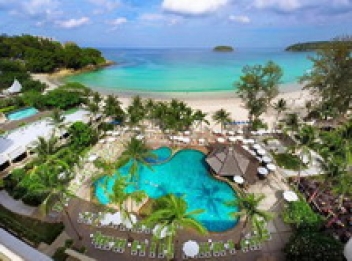